I live in a small town in Iowa.  Simply and practically designed, my home was built in the mid-1800’s in what might be considered the old farmstead style, where utility trumped sophistication.  The kitchen area, built as an afterthought, an addition on the south side of the home sits just beyond my dining room where my wife, Jill and two friends and I sat a few evenings ago.
Nine months ago I couldn’t have imagined this night.  Nine months ago, February 15th to be exact, an innocuous note arrived in my LinkedIn in-box from Tim Pearson.  Earlier I had asked to connect with Tim on LinkedIn, a professional networking website.  His friendly tone and welcoming approach, an asset to any entrepreneur, didn’t feel forced or phony.

In some places in the wine world, where egos soar, here a man from England with a passion for wine and a newly developing winery and vineyard in South Africa took the time to make a connection with a wine geek in Iowa, USA.
While his winery was being built I got to know him better though Twitter chats, Facebook conversations, and during a Skype call.  Some people just have a special ability to bring people in and to lift them up.  Although promoting his new business, Tim’s genuine approach and zest for the South African wine industry always struck me as sincere.  So much so we (The Two Wine Brothers) asked him to be our first online interview back in April.
Two Part Interview – Links:
Interview #1
Interview #2 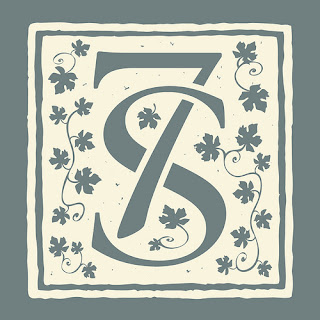 A couple months ago, before Tim’s winemaker Riana left for Oregon to learn the Pinot Noir trade, he let me know he was planning to send Two Wine Brothers a couple bottles of his first release of Sauvignon Blanc.  We were to be some of the first wine writers to have an early taste of his new wines.
Early this week I received the shipment of two bottles of Sauvignon Blanc from 7Springs Vineyards.  And on Thursday we invited our two friends to share this bottle while I critically tasted for this article.  In addition, I bought a different bottle of Sauvignon Blanc from California to taste, as contrast, after our initial session.
Wine Geek Disclaimer:  We tasted the wines in the open, not blind, but I did apply my WineSmarts™ - Wine Descriptive Sensory Analysis worksheet to assess the wines using the four step process: Step 1: Visual analysis, Step 2: Aromatic analysis, Step 3: Palate analysis, and Step 4: Conclusions.
After months of anticipation the four of us gathered around our farmhouse dining room table, covered with a white cloth, and began our tasting. Here are my notes:
Seven Springs Vineyards, 2010 Sauvignon Blanc, South Africa. 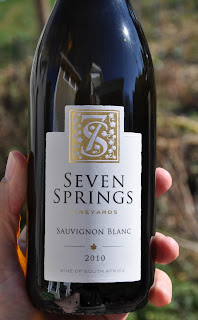 The new Sauvignon Blanc was packaged in an attractive dark emerald Burgundy bottle with punted base and screw top.  The cream colored label with gold 7Springs brand and easy to read text evokes a somewhat sophisticated impression.
After traveling half a world, resting for a few days, the wine was brilliantly clear, light straw colored and possessed an incredibly sumptuous viscosity.  Glass raised, wine swirled, and I took my first whiff.  BIG, HUGE bell pepper aromatics!  YUM!  Underneath and more subtle are notes of grass and citrus.  INVITING.
A restrained fruity character of apple and pear and a suggestion of sweetness captured my attention.  The olfactory combination of bell pepper and tree fruit was a winner.  The flavor was very good but the overall sensory experience was amazing.  Approaching 14% alcohol, this wine was nicely balanced, a pleasure to drink, and has a NEVER ENDING FINISH.  The 2010 Seven Springs Vineyard Sauvignon Blanc is BIG, ROUND, and LINGERS in a long, sexy delicious finish.
Criticism:  One major criticism leveled against the Seven Springs SB by one of the tasters, and subsequently agreed by the rest of us, was the “biggest disappointment [with this wine] is that we won’t be able to have it again” – because they are not yet shipping to the USA.
Post Tasting Comments:  We tasted the Seven Springs Vineyards 2010 Sauvignon Blanc against a leading California SB.  The taste comparison really illustrated the differences viniculture and viticulture plays in the expression of wine.  The South African, Seven Springs Vineyards Sauvignon Blanc was the overwhelming favorite!
Posted by Brad Johnson at 12:11 PM 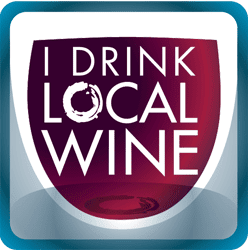